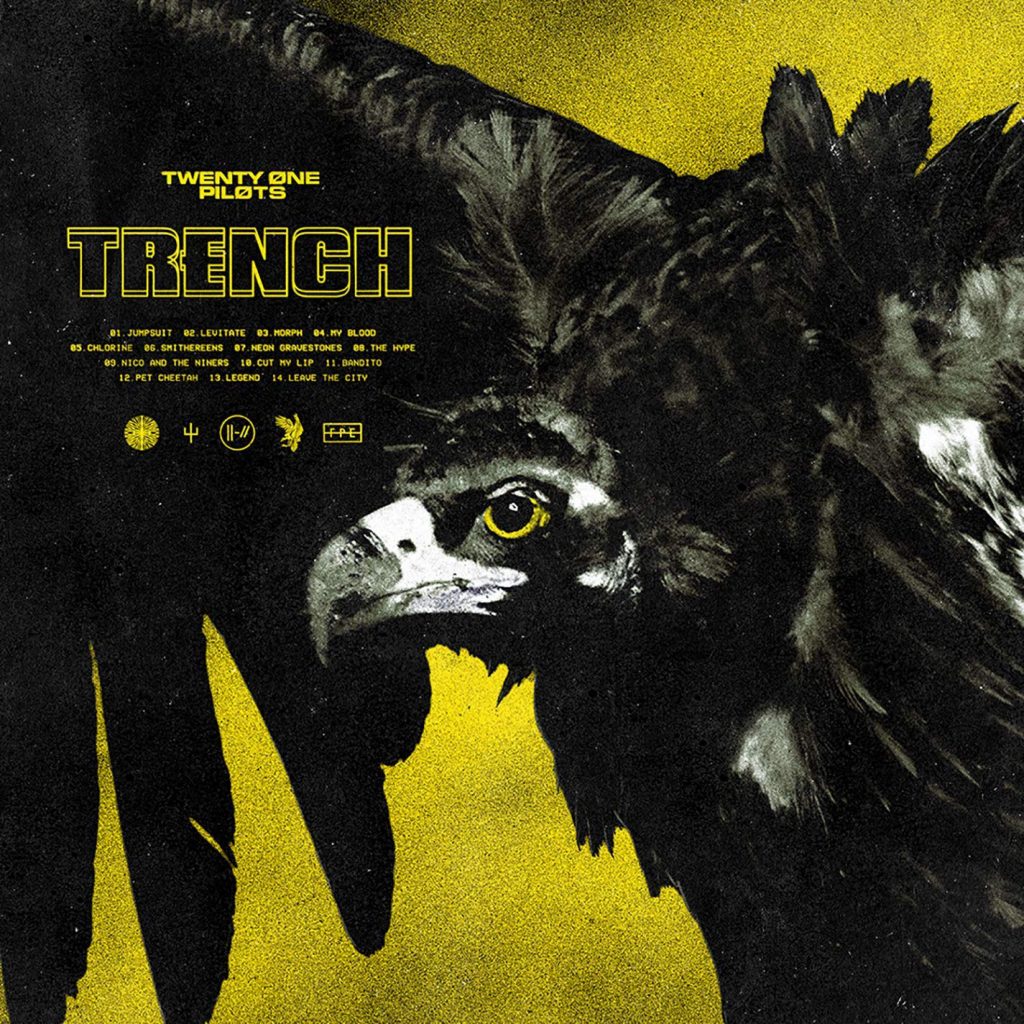 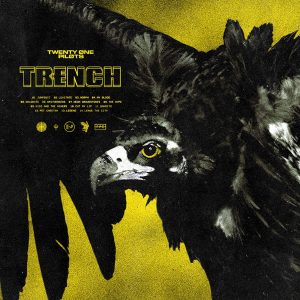 After the tremendous success of 2015’s Blurry Face and its following tour, Twenty One Pilots completely disappeared from the music scene and social media to concentrate on writing what would become Trench, their long-awaited follow-up.

Three years in the making, the concept album deals with a fictional place called Dema, a post-apocalyptical city that is ruled over by nine bishops who keep its population suppressed. Led by a mysterious figure named Nico, an insurrection ensues. This might come as a welcome explanation for those who followed the band’s first batch of singles and videos and could not quite understand their meaning.

Jumpsuit and Nico and the Niners were the first tracks to emerge from the album. Two solid tracks indeed, especially the former, with its aggressive bass line and emo-screaming wail at the end of the track. Musically, the album continues the styles matchup throughout: a little bit of rap on Levitate, some reggae on Nico and the Niners and a little bit of disco on My Blood. Lyrically, the whole concept is a good idea and doesn’t prevent the listener to appreciate each track individually. Neon Gravestones, for instance, deals with the topic of suicide and the value of life, while both Bandito and Leave the City (expressing a Joseph’s desire to leave the city of Dema and his failure to do so) are both relevant to the story and in stand-alone format. Another standout track is Legend, a more upbeat track written in relation to Joseph’s grandfather, who passed away last year. The only misstep might be Pet Cheetah, a song about (you guessed it) a pet cheetah!

Overall, Trench is a lot slower and moodier affair as a whole than past efforts. It will take listeners a little bit more time getting used to but in the end it is rewarding.