She may only be twenty-three years old, but Vanessa Lavoie, a singer from Gatineau, already has more than ten years of experience in her domain. After spending all those years conquering most of the country stages of Quebec, the artist is now targeting the international scene.

Her songs recently drew the attention of an American label, Tabletop Record, with whom she signed a contract in the early summer. “I started to work with my managers Stéphane Ritchot and Jim Richardson Jr., who made sure my music was played in the United States. Tabletop then contacted us to say they were interested in what we were doing. They even came from Florida for the press conference in Gatineau”, recounts Vanessa.

The next step for her will be to launch a new album. “We are still in preparation. We’ll be entering the studio very soon, and the album should be released next spring. It’ll be recorded at Réservoir Audio in Montreal, and then edited and mastered in the USA”, says the young artist about what will be her third opus.

A renewed sound closer to the “nu country rock” genre, original songs, but also some covers, will appear on the album. A single will also be released at the end of October: a cover of Def Leppard’s Pour Some Sugar On Me.

Moreover, the videoclip of her song Drop the G has recently reached 132 000 views on YouTube after being online for only two months. “I’m really happy. It’s the first time it happens to me. We hope it’ll continue to rise”, says Vanessa.

The goal of the artist and her managers is for her name and her songs to be known all across Canada and the United States, and then, all over the world.

“It’s a difficult job that requires a lot of work. You need to be well surrounded, and it demands a lot of investments”, says the artist.

Although she started to perform in public at twelve years old, Vanessa has started singing at the age of three. “In the beginning, I’ve done some amateur contests in Gatineau and Ottawa, which allowed me to play in many festivals. Then, an old friend of my mother’s who sang in country festivals helped me to get some contracts without having to participate in those contests. You meet people in these events and you eventually make contacts”, she explains.

The young artist would not picture herself doing anything else in life. “It’s my passion and my life. If I ever tried to follow another path, I know it wouldn’t work out. Singing is everything to me, it’s part of who I am.” 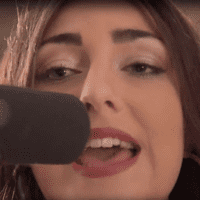 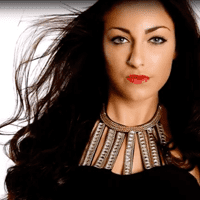