Passion that fills the air, as completely as the physical space around her. Passion that animates her very being, only to be exuded in movement, exquisite movement. Like a delicate reed that bends and arches and sways gracefully in the wind, yet with such suppleness and energy and skill. Indeed, an ardent spirit inhabits her, from the tips of her toes to the ends of her hair. To her, dance is as natural as breathing, and just as instinctive.

Ophélie Bégin is as passionate as they come, and just as rare. From the moment she could walk, she began to dance. As far back as she can remember, dance has been a central part of her life. No doubt, Ophélie was born a dancer. It is second nature to her, an innate rapture that pulses and courses through her veins.

Oh, and Ophélie is 12 years young

On the stage, she comes alive. This is where she can truly be herself! Totally confident and at ease, as though she is finally home. Before each number, just before the first musical notes ring out, Ophélie gives thanks for her life and how generous it has been to her. She knows how privileged she is to have the chance to live her passion in this way.

Then, like a gunshot that signals the start of a race, Ophélie explodes into movement with every fibre of her being. Gazing into the eyes of each of the judges, fearless and ecstatic to be centre stage. She executes her choreography, emphasizing each and every detail that will make it unforgettable.

And she doesn’t miss a beat

During her performance, she completely lets go, allowing the music and emotion to stir her very soul, resulting in a breathtaking display of raw passion! At a competition, a judge once told Ophélie that « she gave herself completely onstage, and that he could actually see each of her muscle groups mobilizing one after the other during her number ». It was the greatest compliment she ever received.

« I don’t know what is possible or not so I act as if everything is possible. »
– David Laroche

In the presence of such intense passion and manifest talent, age is irrelevant. Nevertheless, it is exceptional to see someone, especially someone so young, with such a long list of accomplishments, and from both a personal and professional standpoint. All the dreams that have already come true, the countless places she has visited. Although it is true that Ophélie started competing at the ripe age of five!

But harnessing such passion and talent does not come without a cost. On the contrary! Ophélie spends over 30 hours a week practicing in order to perfect her moves. She is also taking English conversation classes, not to mention singing lessons.

Her favorite dance style? Broadway theatre, no less! And to succeed in her dream to dance on the stages of the greatest musical comedy playhouses, Ophélie must be able to sing as well as dance. Her extracurricular activities are therefore a decisive step in that precise direction.

She confesses that she often allows herself to get carried away by the songs from Mamma Mia, and also enjoys belting out tunes in the shower. After all, Ophélie is just like any other young girl. But also a young girl who is laser-focused on making all her dreams come true.

She is on quite a roll, to say the least

In November 2015, Ophélie was invited to participate in the 10th season of a televised talent show that is recorded in Paris, called La France a un incroyable talent. She made it to the jury deliberation phase, which is just before the semi-finals.

In 2016, 2017 and 2018, Ophélie won the top solo awards (best score, all dance styles) at the following dance competitions: Miss Candance Junior in Montréal, Miss Starpower Junior in Ottawa, Nuvo Breakout Artist Winner in Boston, View Dance Challenge in Montréal, Hit the Floor in Lévis, Shine in Gatineau and Bravissimo in Terrebonne. In July 2018, she took home her first Miss Starpower Junior national title in Las Vegas. Also in 2018, after training for a few weeks in the summer intensive program at the Joffrey Ballet School in New York City, the prestigious dance academy named Ophélie its ambassador.

To name a few!

She is currently a member of the QMDA dance troupe that is causing a sensation on Révolution, a dance competition that airs on TVA. 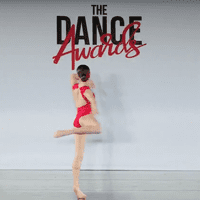 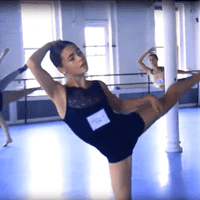