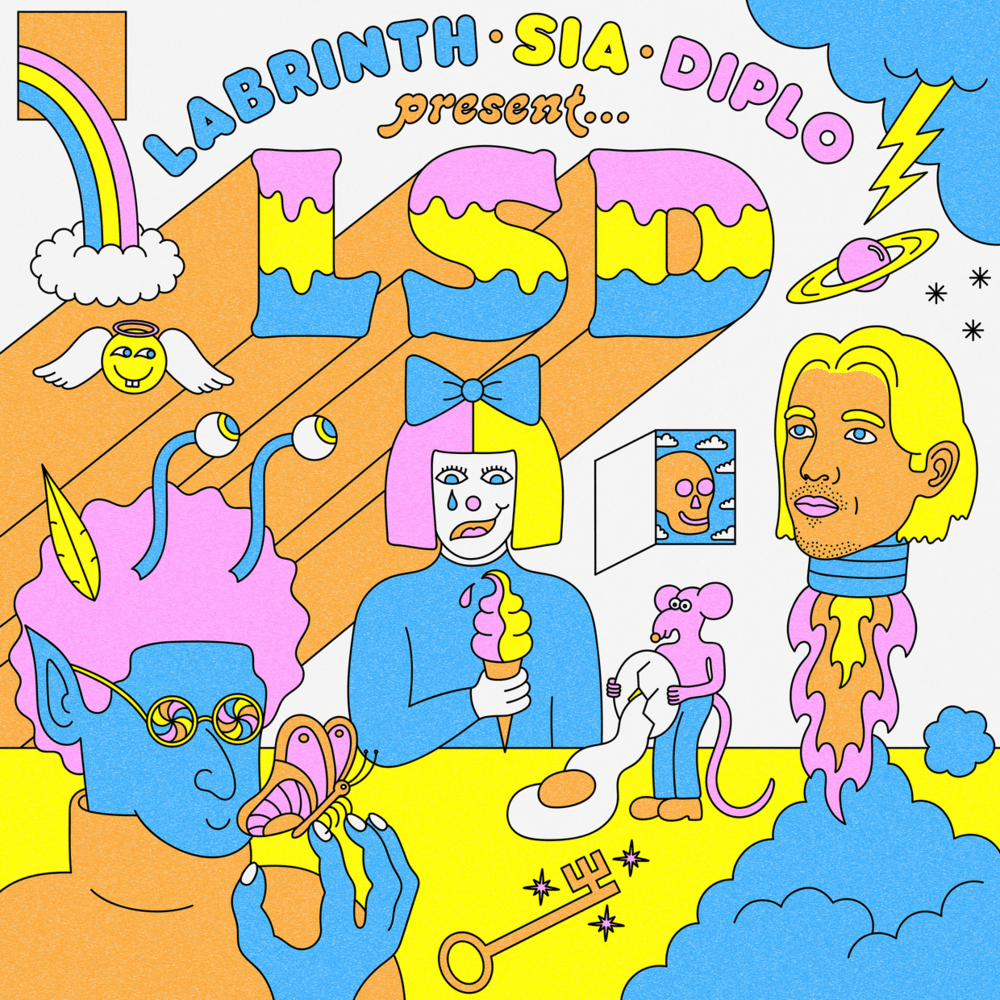 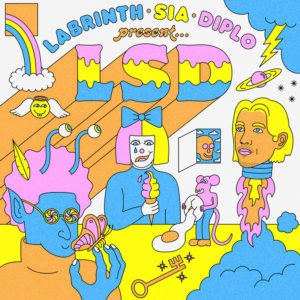 Instead of releasing a long-awaited follow-up to her successful 2017 This is Acting release, Sia decided to take some time off to write and collaborate with two of her friends. For one, Labrinth, a successful English rapper and Diplo, a super producer. Both had previously collaborated with the Australian singer. Sia and Labrinth had a duet in DC’s Wonder Woman called To Be Human and Diplo was featured with Sia on Elastic Heart, first released on the Hunger Games soundtrack (and featured The Weeknd as well). The track later appeared on Sia’s own 10000 Forms of Fears album.

As the name suggests, the song evokes something psychedelic. But as it turns out, it is not that experimental.  The band might be a one-off project, allowing the trio to trip out. Sia’s voice is instantly recognizable and even though her songs are somewhat not as powerful as usual, there are some gems along the way.

Thunderclouds, the best track on the plate here, is Sia at her most joyful and features a great lead vocal by Labrinth. New single No New Friends is also one of the better songs on the album. Each of the three artists knows their way around each other and it’s to everybody’s benefit: they don’t get in each other’s way. Labrinth’s rock and soul voice shines throughout, while Diplo’s bass and beats are punchy and catchy as usual. The biggest surprise here comes at the very end. With a stunning opera voice by Labrinth, It’s Time showcases the range of the soul singer.

With an album featuring a total of 9 tracks and clocking just past the 30 minute mark, the ride is nevertheless joyful. All in all, LSD is a good vehicle to help us wait for the next proper Sia record. Hopefully, it won’t take too much time.