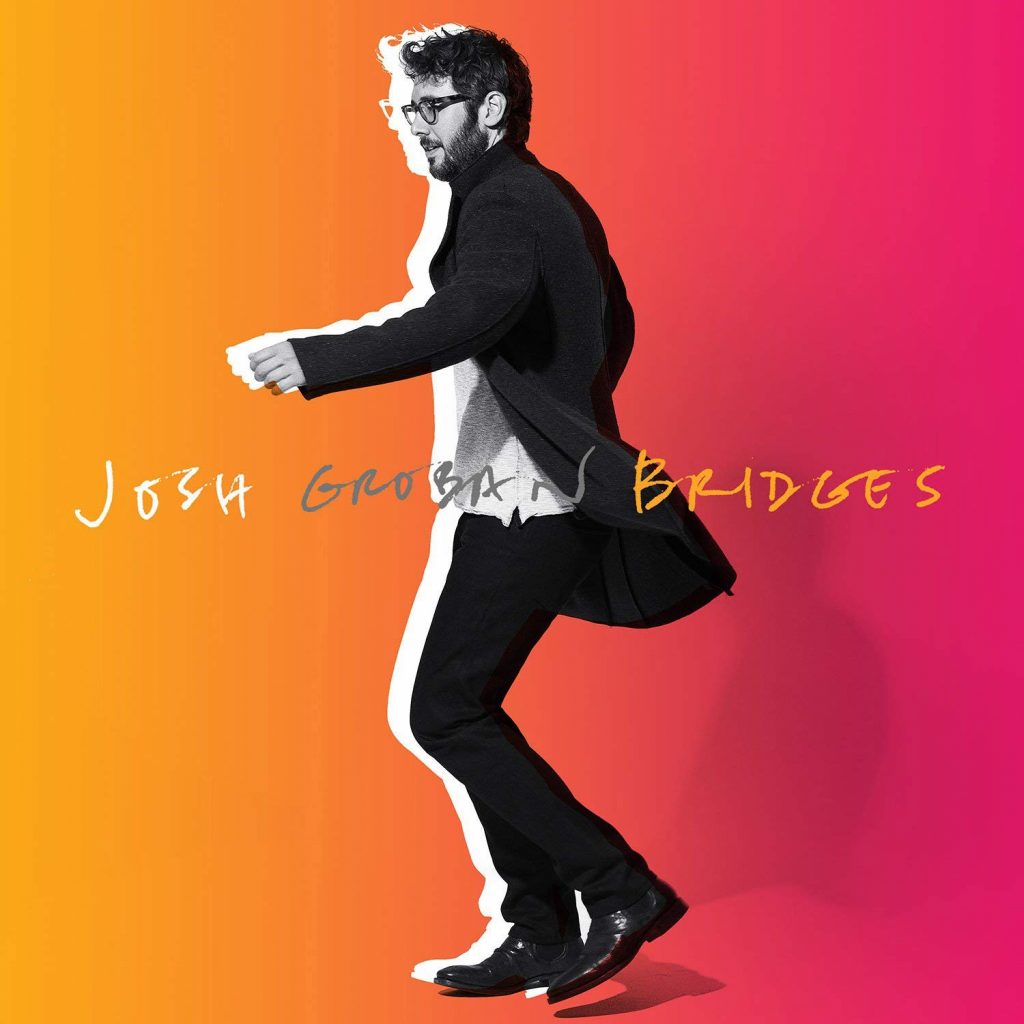 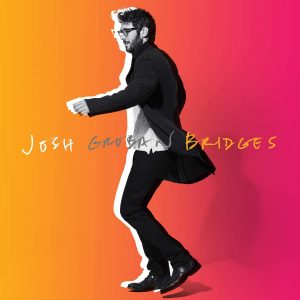 When Josh Groban arrived on the scene in 2001, the 20-year-old had a musical lane all to himself. The idea of positioning a young classical singer with seasoned veterans on duets and standards was a stroke of genius. In 2018, however, Groban is no longer in a league of its own.  Many others have followed in his footsteps, leaving the adult music highway a mighty crowded one.

After his multi-platinum self-titled debut album and its follow-up, Closer, Groban took a pit stop to make his Tony-nominated Broadway debut in Natasha Pierre and the Cornet of 1812. He then released the inspiring 2015 album of show tunes called Stages.

Now back in the driver’s seat, Josh Groban returns on the scene with a new album called Bridges. He finds himself back in the business to find it exactly as he left it: with strong male vocalists leading the way and leaving their mark on the adult contemporary music landscape. This time again, he offers a bit of everything: pop, classical, soft rock and opera.

Groban, being a seasoned veteran now, has always been one to know who to let in on the passenger seat. On the superb We Will Meet Once Again, Andrea Boccelli performs a soaring operatic duo with Groban, while flamenco guitar maestro Vicente Amigo contributes on the Spanish track Musica Del Corazon. Another highlight is 99 Years, a duet with country superstar Jennifer Nettles. The standout track is Run, a cover of Scotland’s own Snow Patrol, which allows Canadian songstress Sarah McLachlan to showcase her smooth and dreamy vocals.

There are other covers on the album: S’il Suffisait D’aimer, a hit song by Celine Dion, a breathtaking performance of Simon & Garfunkel’s Bridge over Troubled Water and finally his take on the Billy Joel classic She’s Always a Woman (only available on the deluxe edition of the album).

All in all, Bridges is a strong addition to Groban’s discography. As usual, he sings amazingly well and his collaborations are well-cast. With this album, Josh Groban has been able to bridge the gap between several genres without falling through the cracks.