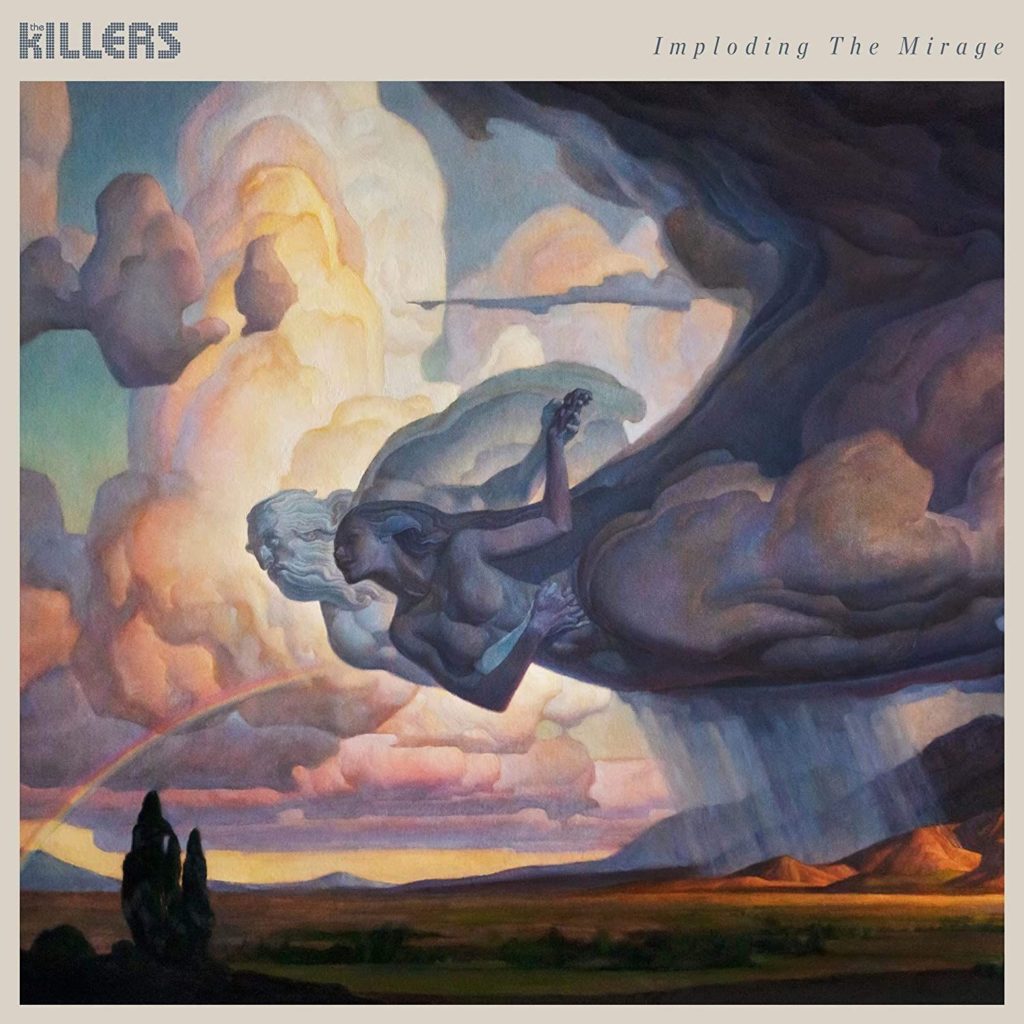 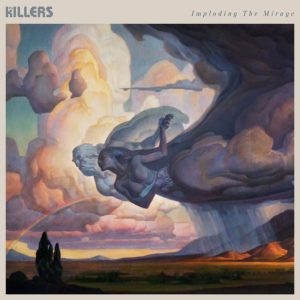 Ailed as the best British band coming from America when they released Hot Fuss, their breakthrough album way back in 2014, The Killers were part of the huge New York scene at the beginning of the century. With the likes of The Strokes, Interpol and many others, they were hailed as the new wave of alternative bands.  What set them apart from the lot was the success they had in England. Before breaking out in their native land, Mr. Brightside, their signature song, became a huge hit overseas before becoming the band’s anthem here in North America.

Many things have changed since then. Although the band still states founding member and guitar player Dave Keuning as part of the band, he is now taking a break from touring and is absent from the writing credits on Imploding the Mirage, the band’s sixth studio album (seventh if you count the B-sides and rarities 2007 compilation Sawdust). What’s more, only vocalist Brandon Flowers and drummer Ronnie Vannucci Jr. have appeared in recent television interviews and performances. Now 16 years after their debut, it is getting more and more obvious that this is Flowers’s band.

What is surprising, though, is that 16 years after their groundbreaking debut, Imploding the Mirage is probably their most flamboyant if not their best album since. The album features everything we have now been accustomed to from The Killers: hooks a plenty, great keyboard lines and strong vocals from Flowers. And they deliver big time on this release. With a solid cast of supporting characters, the 10-track album feels like a long ride through the Nevada desert.

Featuring Canada’s own KD Lang, she cameos perfectly on the gorgeous Lightning Field. There is also a marvelous guitar solo from Fleetwood Mac’s on and off guitar player Lindsey Buckingham on Caution. Alt-rock indie Weyes Blood singer Natalie Mering guest stars on background vocals throughout and guest stars on My God,  another highlight on the album. Finally, Adams Granduciel, founding member and leader of acclaimed indie-rock band the War on Drugs, also lends his talents on keyboards. In fact, Granduciel’s footprints can be heard all over the record, especially on the bombastic opener My Own Soul’s Warning. With a grandiose keyboard sound, you can almost imagine the Nevada landscape unfolding as you listen to the track, a feeling that was evident on the band’s 2012 release Battle Born, one of their most cinematic offerings.

As previously mentioned, Flowers imprint on the band, at least lyrically, is once again dominating here. As a Mormon family man and devout member of the Church Jesus Christ of Latter-day Saints, Flowers make a conscious effort not to alienate the listeners with his own beliefs. He rather makes his religious writing interpretable. Tracks like My Own Soul’s Warning and My God are great examples of Flowers deep connection to spirituality, something that has been present in his writing throughout his career. What is impressive with Imploding the Mirage is the quality of the songwriting. Songs like the new single Blowback is a typical Killers song with a country twist. There is a bit of swagger in the funky Fire in Bone and a great hook on the Arcade Fire sounding Dying Breed.

After the somewhat disappointing but solid 2017’s Wonderful Wonderful, The Killers have returned with a stunning 10 track album that fires on all cylinders. Clocking in at 43 minutes, the sequencing of the songs keeps the momentum going throughout and begs for repeated listening. Once again helmed by Grammy-winning producer Shawn Everett, they seem to have found their footing again. What’s more, Flowers recently said that an even better album might see the light of day in early 2021. If it sounds anything like Imploding the Mirage, keep them coming Brandon!