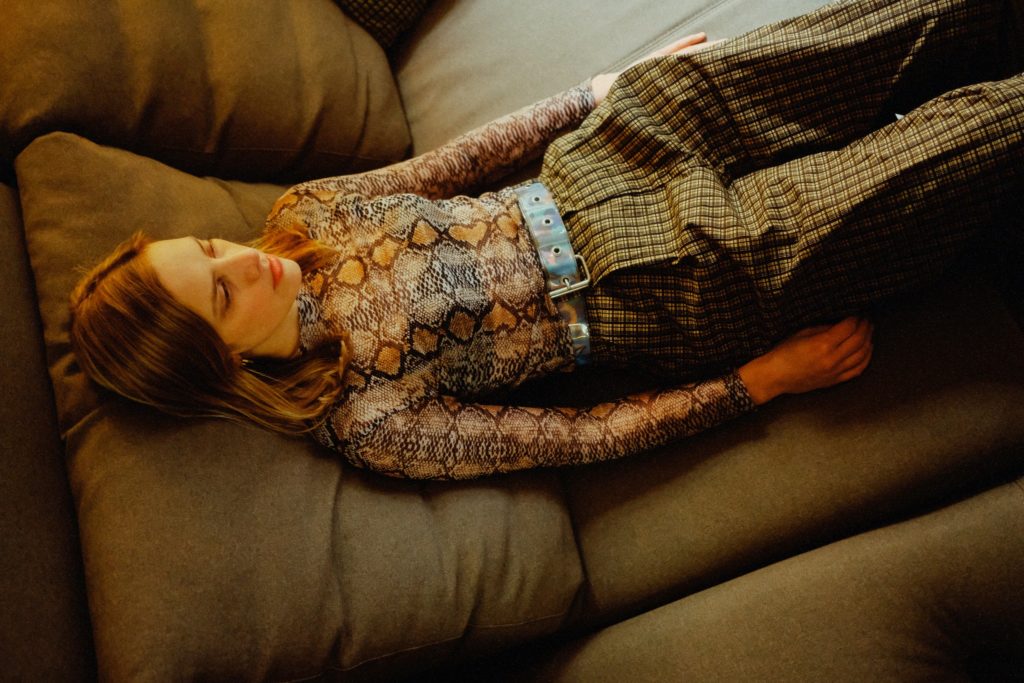 Anika – the project of Berlin-based musician Annika Henderson who is also a founding member of Exploded View – announces Change, her first new album in over a decade, and shares the “Change” video directed by Sven Gutjahr who also directed the video for recent single “Finger Pies.” The follow-up to cult favorite Anika (2010), Change is beautifully fraught. The intimacy of its creation and a palpable sense of global anxiety are seemingly baked into the album’s DNA. Spread across nine tracks, the central feeling of the record is one of heightened frustration buoyed by guarded optimism. The songs offer skittering, austere electronic backdrops reminiscent of classic Broadcast records or Hi Scores-era Boards of Canada, playing them against Anika’s remarkable voice—Nico-esque, beautifully plaintive, and—in regards to the record’s subject matter—totally resolute.

And Exploded View, Change was ultimately the product of necessity. After recording the initial ideas by herself at Berlin’s Klangbild Studios, Anika was joined by Exploded View’s Martin Thulin, who co-produced the album and played some live drums and bass. “This album had been planned for a little while and the circumstances of its inception were quite different to what had been expected,” says Anika. “This colored the album quite significantly. The lyrics were all written there on the spot. It’s a vomit of emotions, anxieties, empowerment, and of thoughts like—How can this go on? How can we go on?” Recorded at a time when literally everyone in the world was being forced to take stock, rethink, and reimagine their own place in the cosmos of things, Anika provides the wizened perspective of an outsider. It’s a perspective that is not lost on the British ex- pat and former political journalist, and despite the subject matter and the circumstances around its creation, Change itself is ultimately a treatise on optimism. The title track presents the album’s message writ large: “I think we can change, we all have things to learn, about ourselves and about each other.” To end the record on such a sanguine note might be one of Change’s most revolutionary gestures.

“There’s a lot of stuff I want to change,” says Anika. “Some things I sat down and decided last year, I had to change about myself and my life. Sometimes it feels helpless because the things we want to change are so huge and out of our control. Starting with yourself is always a good place. I think we can change.”