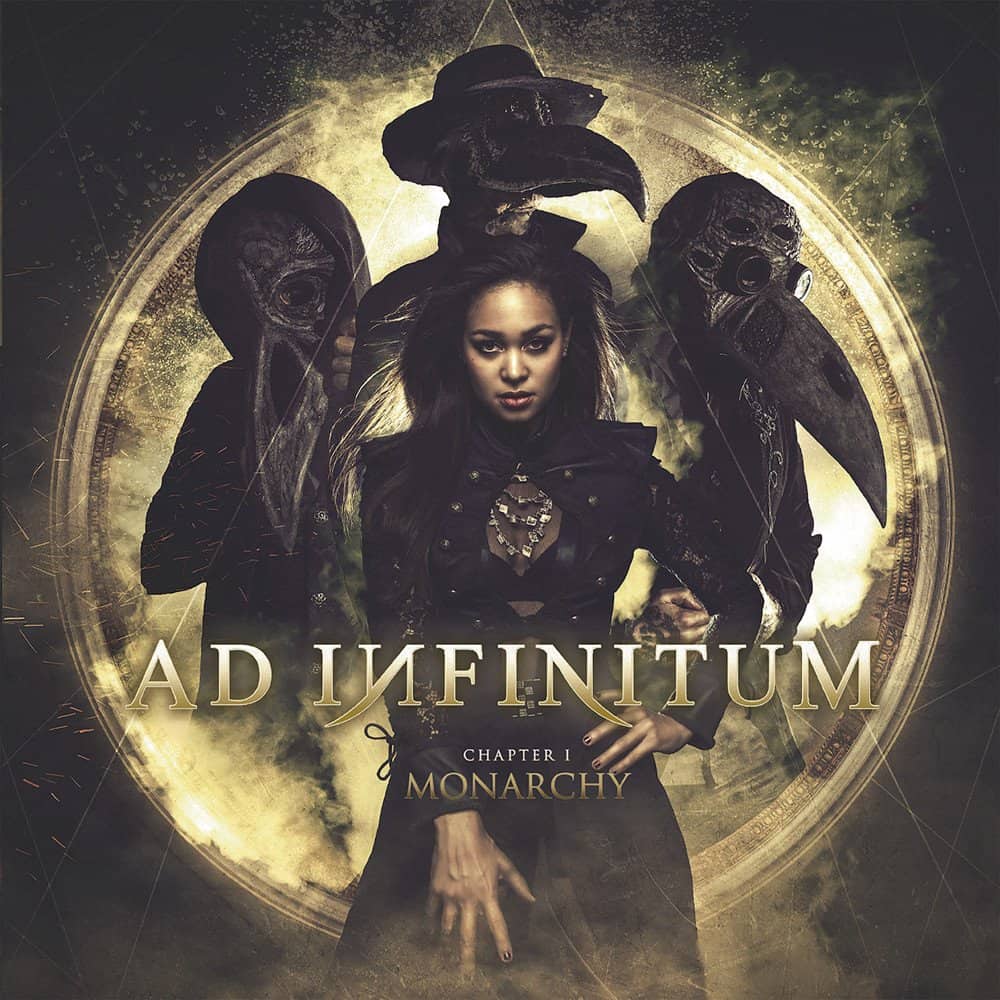 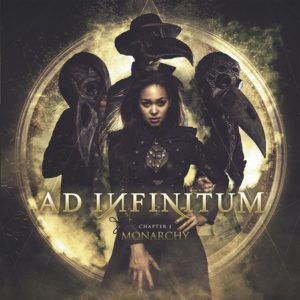 Napalm Records, a label who focuses on finding new talents on the metal scene, has had more hits than misses over the past few years. Count Ad Infinitum in the hits column. This up and coming symphonic band was founded by Sweden’s own Melissa Bonny (who was the lead singer of Rage of Light before fronting this band). The rest of the band consists of Jonas Asplind and Adrian Thessenvitz on guitars, while Niklas Miller handles the percussion section. This is their debut release and hopefully it won’t be their last.

Infected Monarchy kicks things off wonderfully, with a superb intro that sets up the overall movie soundtrack vibe. Add to that a beautiful chorus, great guitars and strong vocals from Bonny and you are all set for the rest of the disc. The following track is Marching on Versailles, another solid track. Paired with the opening number, this is a solid one-two punch that would make Rocky Balboa proud! More surprises come along the way and the superb mid-tempo rocker Fire and Ice is one of the better songs on the album.

What sets this band apart from many of their metal counterparts is definitely the overall mix of the album. Thanks to a solid mix from Grammy Award nominee Jacob Hansen, the album never sounds too compressed and each instrument is clearly defined throughout. Add to that a solid performance by lead singer Bonny and you have all the ingredients for a stunning debut. Timing seems to be on their side as well. The overall narrative of the album revolves around Europe at the time of Louis XIV, when the plague was hitting all over the continent (the band members are even wearing plague masks on the cover).

Overall, the energy and the quality and the sequencing of the album make the whole of this 43 minute journey a pleasure. Each track is a delight in its own right. If the stars align, Chapter 1: Monarchy should make headlines in the coming months as being one of the best releases in the genre. Bring on chapter 2!