As an international artist who is represented by many galleries on three different continents, who has worked in Montreal, Beijing, Dubai, and Brooklyn, and whose work is exposed in countries all around the world, the little boy from Quebec that was Sylvain Tremblay has obviously come a long way. After nearly twenty years in the business, he has just embarked on a new duo project, which confirms that his passion is not dying out.

Sylvain Tremblay’s interest for painting started at a very young age. The workshop that he got as an heirloom from his grandmother really pushed him to pursue in this domain. “At 11 years old, I started to paint nonstop. I worked for twelve years as an advertising illustrator, but I always had this dream of having my own personal production. When I was 32 years old, I got two big contracts that brought me sufficient earnings and allowed me to work on my personal project full time for the following six months”, recounts the artist. Those six months then became years, as it’s been nearly twenty years since he left the world of publicity to become a full time artist.

“I told myself that if I worked as hard for my art as I had worked for my job, I would at least get an answer as to what I could artistically pull out of myself. I knew that the most difficult part would be to find my style, my voice. I was well aware that it would require a lot of research.”

His artistic awakening happened when he was visiting a museum and he discovered the work of Antoni Tàpies, an artist who wasn’t working with traditional materials. “That triggered something in my mind. Instead of the traditional art store, I then began to shop at Reno Depot”, recalls the artist.

As someone who was always drawn to sculpture and painting, he had found the best of both worlds. His material – a secret mixture that looks like cement – and his distinct style managed to help him create a unique product that brought him recognition worldwide.

Sylvain Tremblay describes himself as an urban painter who’s inspired by the aging materials we can find in the city. “In my paintings, the movement is very important. I try to reproduce that energy in the lines. The background acts as a foil. My real subjects are the humans. I also like abstraction, because it gives access to the purity of art. You can play with forms and colors without having to reproduce the exactitude of a face. With abstraction, everything is possible.”

After working for several years in Montreal, Beijing, and Dubai, Sylvain Tremblay settled down in Brooklyn, New York, in the beginning of 2018, a dream he’d had for several years. He is also there to work on a project of illuminated paintings with André Keilani, a designer artist.

“We’ve been working on this concept for the past eight years. When André first contacted me, I thought it was super interesting. It challenged me, because there is a kind of third dimension that comes with the lights. It’s a different approach and it allows me to explore another world. What’s also fun with this artwork is that there is a controller that allows to change the color, which means it can be interactive”, explains Sylvain Tremblay.

Both accustomed to solitary work, they decided to try out this project to share forces. “It’s quite unusual that artists work together, but it seems to work really well for us”, pointed out Sylvain Tremblay.

The complicity between the artists is primordial in this kind of project according to André Keilani. “We leave our ego at the door in this, and we stay really open-minded. We can spend hours talking about mere possibilities. It’s rare to find someone with whom it is that comfortable to create”, he says.

“In the creative process, we still allow ourselves some moments of solitude”, adds Sylvain.

The “Duo Tank” aims to expose its work in leading art galleries. In fact, the artists have launched their illuminated artwork project on September 28th-29th in New York during the “Open Studios” event in the Bushwick district, in Brooklyn. Their goal: to bring their concept to an international audience. 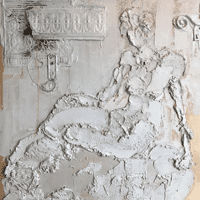 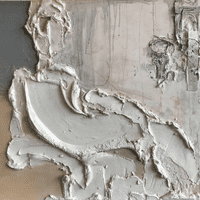 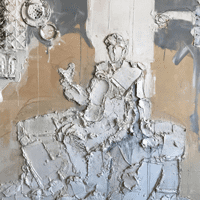 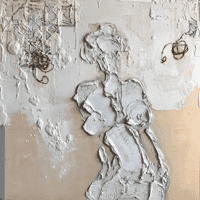 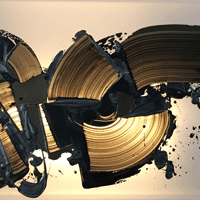 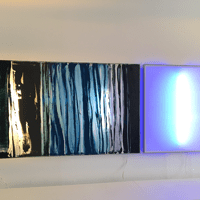